Stealin Horses grew out of Kiya's college band Radio Cafe. Castle Records in Franklin, TN signed Kiya and drummer Kopana Terry as Stealin Horses and then sold the band to Arista during a song-signing craze and bidding war with 17 other labels.The band was signed to Arista at the first SXSW music festival in 1987 in Austin, TX. Stealin Horses released their self-titled debut CD in 1988 on Arista Records.The CD featured outstanding California session musicians such as Russ Kunkel and Toto. The CD even has an appearance by Neil Young. The single, Turnaround, topped #32 on the AOR charts with medium play rotation on MTV. Stealin Horses toured the US and Canada playing with acts including Level 42, Wang Chung, James Brown, Rank and File, The Smithereens and The Stray Cats, culminating with a 1990 performance at Farm Aid IV. The group re-formed to tour as a five-piece in Oklahoma after being dropped from Arista in 1991. Stealin Horses played at SXSW for a second time and then signed to Mississippi label, Waldoxy/Malaco. The band released, Mesa and Mandolins in 1991. They toured constantly for two years and disbanded in 1993. Kiya released a solo album called True Frontiers, in 1993, for Malaco, which garnered a #1 on the Indie Americana charts with Home. Stealin Horses is celebrating it's 32nd anniversary this year. For more on Stealin Horses see Kopana Terry's excellent site.


Kiya Heartwood ( Stealin Horses, Wishing Chair ) is a minister and an award-winning, roots/folk singer songwriter, composer and change artist. The UK’s Broadway Baby describes Kiya Heartwood as “an award-winning American singer-songwriter who writes smart, funny and poignant songs about the famous and not-so-famous legends of America.” Heartwood "serves up a lively batch of original songs that follow on to two of the oldest traditions of folk music: storytelling and political broadside.” Kiya makes her happy home in Bryan, TX. More at www.kiyaheartwood.com 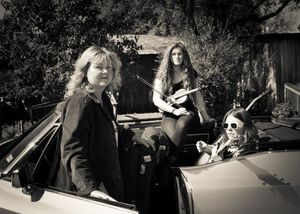 Dirty Linen writes that Kiya's music "serves up a lively batch of original songs that follow on to two of the oldest traditions of folk music: storytelling and political broadside."

Hardcopy CD's are available here and include a free download version. Anna Creech writes "Heartwood tells untold stories, tugs at your heartstrings, and gives you glimpses of the delights of the world."  Kiya makes her happy home in Austin, TX. 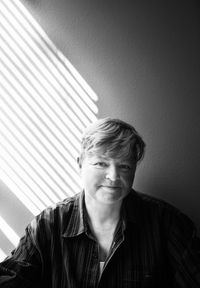 In the early 90's Kiya was hired to teach songwriting, guitar, and sound at the National Guitar Summer Workshop in Toronto, Canada where she met Miriam Davidson. Preparing for another solo CD, Kiya asked Miriam to sing on the recording. By the time Singing with the Red Wolves was finished in 1995, Wishing Chair had begun. Wishing Chair is named for a rock formation in Northern Ireland where it is said, if you make a wish your dreams will come true. Wishing Chair has eight CD's. Wishing Chair's latest CD, Stand Up Eight was released in July 2009. Miriam Davidson is currently living in Philadelphia and working as a choir director for a UU congregation, a Jewish community choir as well as serving as the Music Director of the Philadelphia women's choir, Anna Crusis.